With an increased demand for cleaner fuels, refineries are taking a new approach to a variety of feedstock–from sweet to sour crude–that exposes their process equipment to harsher environments. This has been the case with REAC units in hydroprocessing systems, which have benefitted from design changes and metallurgical upgrades.

^ REAC units in hydroprocessing systems, which have benefitted from design changes and metallurgical upgrades

In refineries, hydroprocessing improves feedstock by removing impurities, such as sulphur and nitrogen, and ensuring the output meets the increasing demand of low sulphur fuels around the world. One of the key systems of a hydroprocessing unit is the Reactor Effluent Air Cooler (REAC). This is the step used to cool and/or condense process streams using ambient air as the cooling medium. As the reactor effluent stream cools down through a series of heat exchangers and REACs, solid ammonium bisulfide (NH4HS) can crystallize out of the vapor phase, plugging the exchanger and causing material failure due to sour water corrosion. It’s critical to use high quality tubes in hydroprocessing not only for optimal equipment performance but to extend its lifecycle.

Historically, duplex stainless steels have been an economical alternative to more expensive nickel alloys for corrosion resistance in ammonium bisulfide environments. However, the refining industry has been experiencing in-service failure of REACs constructed with duplex stainless steels. These failures have been attributed to the high ferrite content found in the imbalanced microstructure of the heat-affected zone left behind after welding, which is a product of poor fabrication practices.
Due to the lack of reliable non-destructive testing and inspection techniques that would allow to check for proper ferrite-austenite balance in the heat-affected zone of thicker duplex sections, and the high risks of failures associated with this issue, the use of duplexes for this application has been on the decline.
Nickel-based alloys, such as alloy 825, have now become the material of choice for these applications. Alloy 825 is a traditional nickel-based alloy suitable for sour water corrosion applications. It has good weldability and excellent resistance to various types of corrosion in both chloride and sour environments.

Alloy 825’s chemical composition allows it to have PRE numbers between 28 and 36. And because it is a nickelbased alloy, the nickel content makes it resistant to stress corrosion cracking. A joint industry study even ranked alloy 825 at the same level of ammonium bisulfide corrosion resistance as alloy 625.
With a melt shop that has a properly controlled and fully traceable production process, it is possible to optimize the chemical composition of alloy 825 and to consistently limit the carbon content to less than 0.01%. Having such a low carbon content helps ensure this material will not sensitize in service and the extra step of stabilizing anneal is not necessary.
Alloy 825 has been successfully used for many years in various applications globally, including critical applications like hydroprocessing in refineries. It is therefore a good candidate material for the latest generation of REAC units. Potential specifiers, however, are advised to ensure the supplier’s 825 passes stringent specifications and intergranular corrosion testing. 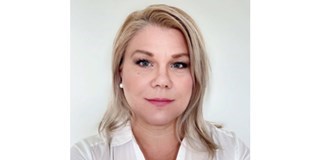 Jennifer Svensson studied in France and Sweden, earning a Master’s in International and European Relations.
After graduating she took on increasingly challenging management roles in Sweden before moving to the USA where she has spent over five years with Sandvik.
Based in Houston, Texas, she is currently Product Manager, Heat Exchanger Tubes.